A bronze bust of Martin Luther King Jr. was first made by African-American artist Charles Alston in 1970. Throughout the years, there has been many great Artists and Sculptors who have created bronze busts and monuments of M.L.K.  Some of which are presently viewed as Historic works of public art throughout communities all over the world.

One bronze bust in particular, located In the Capitol Rotunda in Washington, D.C., stands a 3-foot-tall bronze bust of the Rev. Martin Luther King Jr. that is surely the most viewed creation of John Wilson, an artist who grew up in Roxbury and painted, sculpted, and made prints out of his home studio in Brookline for decades.

Like much of his most important work, the bust brings viewers to the intersection of art and politics, of pure creativity and the desire to examine social injustice. Mr. Wilson, who was 92 when he past, pursued that path since he was a boy on Roxbury’s streets, learning to sketch and honing a burgeoning talent that eventually would place his paintings and sculptures in the Museum of Fine Arts and far beyond.

“To me the eloquence of the piece is not only in the face, but in the rhythms of the gesture,” Mr. Wilson told the Globe in 1986, just before the bust was unveiled in the Rotunda on what would have been King’s 57th birthday. “The head is tilted forward, as if to communicate with the viewer. I hope the sculpture will stimulate people to learn more about King, to perpetuate his struggle.” 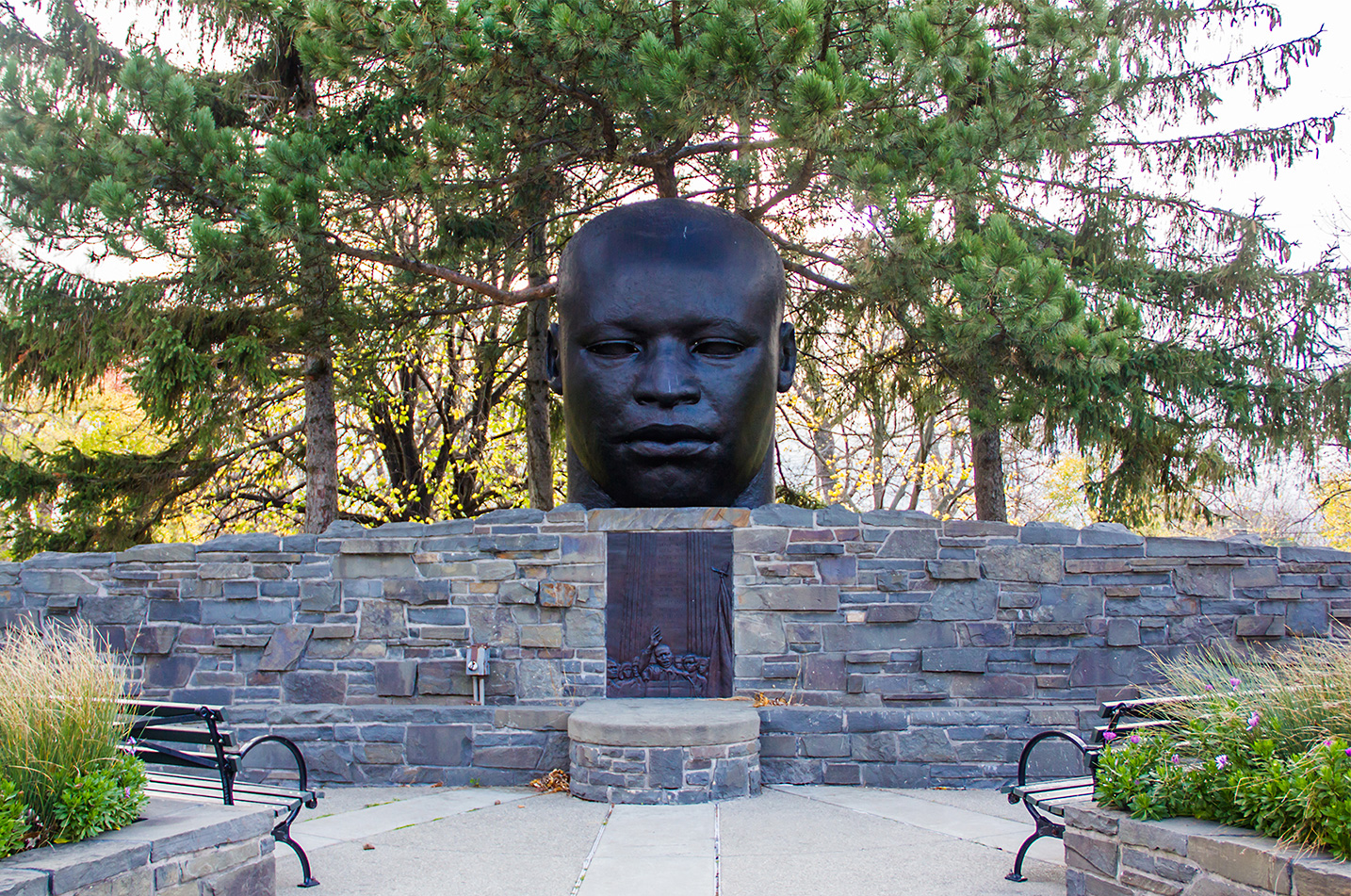 This popular bronze head of M.L.K. was sand-cast at the Paul “King” Foundry, located in Providence, RI.  After the sand-casting process was finished, the bronze plates of the head were then welded together and finished by Master Foundry owner and Mentor, Paul King.