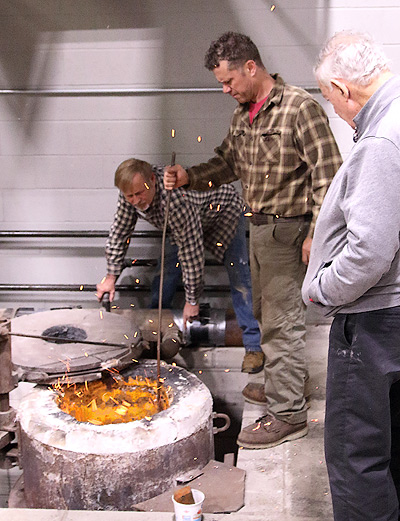 Massachusetts Foundry: The official collaboration between legendary Paul Cavanagh, and sculptor & foundry owner Jeff Buccacio, has been several years in the making. So who is this legend anyway?

WHO IS PAUL CAVANAGH?

Some of the largest bronze sculptures in the world have been overseen by Rhode Islander, Paul Cavanagh, who is truly a foundry man. Over 5o years of hands-on experience has forged him into an international expert in foundry casting. He has successfully owned foundries in the United States, worked with foundries in Thailand and China, and has made it a point to employ current technologies like Rapid Prototyping.

The Buccacio Sculpture Services Massachusetts Foundry fills an existing vacancy in the art community in New England. Jeff is already well-known as a successful bronze sculptor and Hollywood Special FX designer. The combination of old-world, time-tested experience paired with contemporary skillsets is an extraordinarily rare match made in Foundry Heaven. Paul Cavanagh’s mentorship of Jeff Buccacio will continue a legacy of fine, solid craftsmanship and an ability to cultivate any client’s requirements and desires.

The challenging problems involving sculpture must be approached with the eye of an artist, and the hands of a skilled craftsman. They must also be combined with an ability to communicate well with the artist.

Jeff Buccacio has worked as a Lead Designer/Specialty Effects sculptor for many blockbuster movies in Hollywood, and is known for his ability to integrate & organize the many aspects of major projects. Buccacio’s reverence for the great 19th century sculptural interpreters of American patriotic themes is evident in his numerous commissioned public monuments and his work is so thorough, he guarantees it for life. In the past 10 years Jeff Buccacio has come to appreciate the community life and traditions in the towns west of Boston, where he was raised and now lives and works. 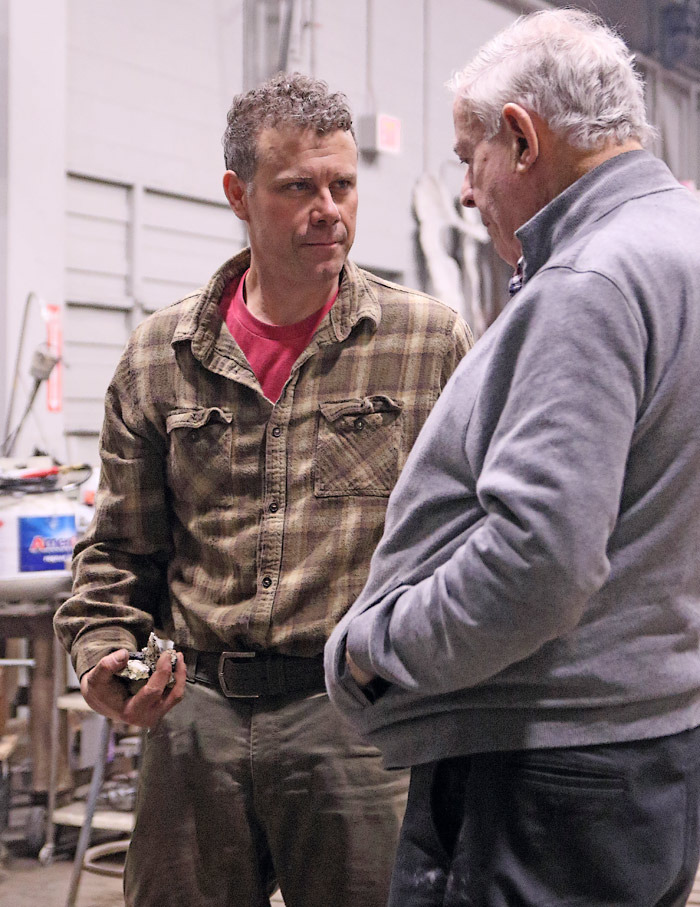 Jeff Buccacio listens intently to Paul Cavanagh, wishing he had a tape recorder!

A NOTE ABOUT FOUNDRY FURNACES

Furnaces in foundries can be any size, ranging from small ones used to melt precious metals to furnaces weighing several tons, designed to melt hundreds of pounds of scrap at one time. They are designed according to the type of metals that are to be melted. Furnaces must also be designed based on the fuel being used to produce the desired temperature. For low temperature melting point alloys, such as zinc or tin, melting furnaces may reach around 500°C. Electricity, propane, or natural gas are usually used to achieve these temperatures. For high melting point alloys such as steel or nickel-based alloys, the furnace must be designed for temperatures over 1600° C. The fuel used to reach these high temperatures can be electricity (as employed in electric arc furnaces) or coke.